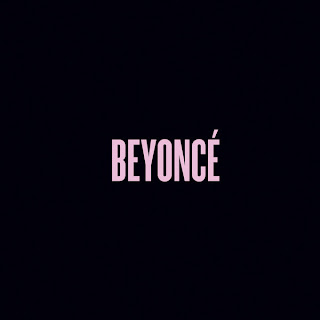 I love Beyoncé and I love her new self-titled visual album. I guess you can call me a Stan cause I will argue with anyone who tries to hate on her.   Big deal right?  Well for some it seems ironic for a masculine-heterosexual-Christian-black-male-academic to feel as I do, as if the intersection of my gender, sexuality, faith, and race preclude me from enjoying and celebrating the complicatedness of Beyoncé and her art. GTFOH right!  I actually had a past girlfriend question my masculinity and sexuality because I went so hard for Beyoncé (that will be another blog, journal article, and a part of one of my books—black masculinity and heterosexual sexuality). Of course she is no longer in the picture because of that narrow perspective of masculinity & sexuality and because she hated on Beyoncé. (jk)
There are some pretty obvious reasons why I love Bey—1) she’s finer than a mother effer, 2) she can sang, 3) she fine, 4) she has some of the coldest one liners in the last 10 years (“you must not know ‘bout me,” “put a ring on it,”  “I woke up like this”), 5) she can dance and her dancing reminds me of my cousins and other little black girls and grown black girls that I grew up around, 6) she has a big heart, 7) did I mention she was fine and beautiful, 8) she remains relevant, 9) she seems to stay above the hateration, 10) she has an amazing control over her brand, 11), contrary to what Mr. Belafonte thinks, she is a giver (trust me I know), 12) and she is a complicated human that forces us to question the definiteness of our ideas around sexuality, embodiment, faith, success, race, marriage, motherhood, and art.
I’ve loved Queen Bey for 18 years. 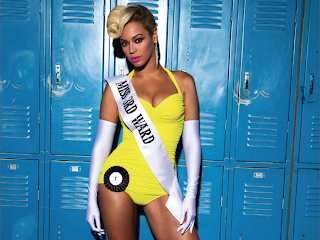 I admit that I am biased. She’s from Houston. She is a member of my home church. (I actually got a chance to sing with her and Kelly in 1995 for a Christmas program. Really, it was me, and two of my boys, Pistol and Lloyd, singing  “Amen” and she and Kelly sang the adlibs.)  She supports a non-profit that I am connected to.  I’ve been backstage at two of her concerts. And I know many people who have been associated with her in some way.
Hence, for these and many other reasons I support her and defend her right–
To produce art that she wants to,
To claim a feminist politics that many non-academic feminist can get down with, 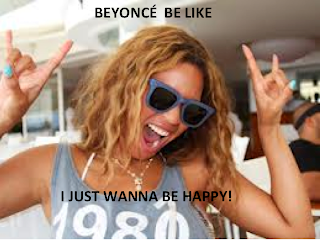 To live out her faith the way that she wants to,
To give the way that she wants to,
To support whatever cause she wants to,
To sing the way that she wants to,
To explore acting when she wants to,
To wear her hair like she wants to,
To dance like she wants to,
To be political the way that she wants to,
To explore different forms of her creativity,
To protect her daughter from the spotlight,
To marry who she wants to,
To own her body,
To own her sexuality,
To drop an album without telling us,
To have flaws,
To be complicated, and
To be a damn human.
So, who the heck are we to prescribe criteria for Beyoncé or her art, especially those of us who have no creative bone or lack critical thinking skills to navigate the various contexts of Beyoncé and her art? She has the right to build her temples for tomorrow, strong as she knows how, and to stand on top of the mountain, free within herself (adapted from Langton Hughes’ essay “The Negro Mountain and the Racial Mountain”).
And don’t we have some other stuff to be worried about? Yeah, I get it, Beyoncé as a cultural icon represents a discursive space for us to understand some things about ourselves and the nuances of world that we live in today, but the obsession with judging her every move and those of other celebrities is a distraction from some stuff that needs attention. (Like the prison industrial complex, violence against women, the effed up public education system in many hoods in America, a lazy congress, guns, cultural appropriation and cultural insensitivity, and these two papers that I need to write.)
So, yeah I love Bey, but she ain’t no deity nor is she changing anything in my daily life. She is a great artist and person who puts in so much work to be great at her craft and great in life. And because of that she gets my respect and adoration.
Oh yeah, I forgot to say that I believe this is her best album. Why? Because it is very grown, very relevant, very political, very Houston, and very fun. I’ve listened to the album all the way through about 5 times now and each song is well written, well sung, and speaks to some things that I can identify with. There are also some badass videos to accompany each song.
Lastly, I love the album because Bey unapologetically identified herself as a feminist and opened the doors for millions of others to understand and come to feminist politics.  On the song “Flawless” she  included an excerpt from writer Chimamanda Ngozi Adichie.   At minute 1:25 in the song excerpts from Adichie’s talk at TEDxEuston come in:
“We teach girls to shrink themselves 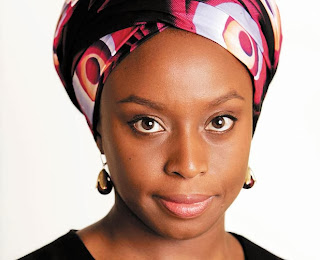 To make themselves smaller
We say to girls
‘You can have ambition
But not too much
You should aim to be successful
But not too successful
Otherwise you will threaten the man’
Because I am female
I am expected to aspire to marriage
I am expected to make my life choices
Always keeping in mind that
Marriage is the most important
Now marriage can be a source of
Joy and love and mutual support
But why do we teach girls to aspire to marriage
And we don’t teach boys the same?
We raise girls to each other as competitors
Not for jobs or for accomplishments
Which I think can be a good thing
But for the attention of men
We teach girls that they cannot be sexual beings
In the way that boys are
Feminist: the person who believes in the social
Political, and economic equality of the sexes”
I think this is important because there are millions of Beyoncé fans who don’t have access to the academic texts and discussions that define feminism or black feminism; with this song they get to access and identify with a term and politics that so many don’t understand or abhor.
Even though Drake declared that  “Girls Love Beyoncé,” this dude does too, and I am not ashamed of it.
« What do Harvard and hip-hop have in common?
Girls (and Dudes) love Beyonce! »