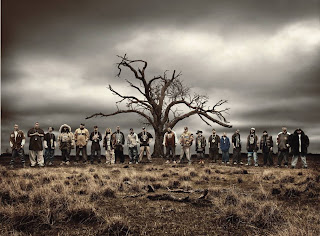 I am a Houstonian, born and raised. My childhood, teenage years, and college days (Texas A&M University) covered four periods of hip-hop history—the  old school, golden age, modern, and bling bling. Though Houston hip-hop culture has its beginnings in the early 1980s—because of its systems of support that included large clubs (Struts, Boneshakers, and Rhinestone Wrangler which held more than 1000 people per night and hosted battle rap contests where many artist got their start before professionalizing the culture), a college radio station that played hip-hop long before hip-hop radio stations existed (Kidz Jamm on TSU’s KTSU), and its large consumer base that was the number one market for hip-hop music for much of the late 80’s and early 90s (Soundwaves, Rap Pool of America – Steve Fournier) and later because of the success of the Geto Boys and Rap-A-Lot Records—,Houston did not have a distinct sound until the mid-1990s when DJ Screw’s (Robert Earl Davis, Jr.) folk musical practices, chopped and screwed, began to spread across the world. I was in high school at that time. I began to listen to DJ Screw “grey tapes” (mixtapes on grey Maxwell  tapes) in the summer of 1994, and two years later I began to listen to DJ Michael “5000”Watts versions of this distinct music form. I am a north sider, (from Greenspoint and Acres Homes) so my music collection soon contained more Michael Watts tapes and CDs. This was one of the music forms of my high school years and it was the form that many of us attempted emulate (imma come done, imma come through, its dat boy Maco jamming on da screw) in our school gyms, lunch tables, at bus stops (for me the 44 Acres Homes bus route), or at our makeshift studios in our homes (for me it was the one that my boy Pistol bootlegged). Those who became successful at it were people like Roderick and Broderick Brown, who would later be known as 50/50 twin and a few others who I went to high school with (Eisenhower High School.) 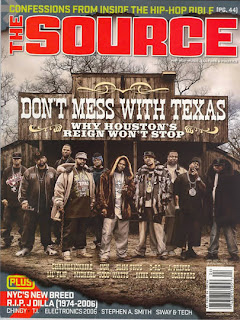 I am also an emerging social and cultural historian who studies hip-hop and who has a book coming out later this year about the early years of Houston’s hip-hop culture (Hip Hop in Houston: The Origin and Legacy (History Press). Hence, I am really close to the chopped and screwed form, southern drawls, minimalist lyrics, raps about candy painted cars, raps about grills, raps about material possessions, raps about drank, etc. because it’s part of my coming of age lived experience. This music, from this culture, in this city is also a discursive space to understand a particular space and place within hip-hop culture and America during a particular time. (See the DJ Screw Digital Archive at the University of Houston’s Special Collection Library,  my boy Langston Wilkins‘ blog  and my girl Regina Bradley’s latest blog “I Been On (Ratchet): Conceptualizing a Sonic Ratchet Aesthetic in Beyonce’s ‘Bow Down’” for a another look at this aesthetic and its discursive uses.)
At the same time that the chopped and screwed trajectory of Houston hip-hop came around, a group of young women from Houston (north and south side) were in their embryonic developmental stages getting ready to tell the world “No, No, No, No, No, and Yes, Yes, Yes, Yes, Yes!” These young women, Destiny’s Child, were distinctly Houston, yet selling their art to a international consumer base. And though all of them, like me, have grown up, developed new sounds and new tastes, had kids, married, been married, been engaged, and hung out with dignitaries,  they are still grounded in the various contexts of what it means to be a Houstonian, particularly a black Houstonian navigating through urban, working, and middle class life. 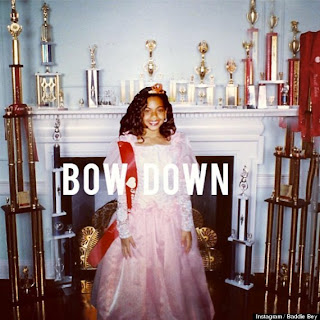 Full Disclosure: I am a board member for the Bread of Life, Inc. an organization that Beyonce, Destiny’s Child, The Survivor Foundation, and her family has supported for a number of years.